Lynparza EMA approval : Pharma giants AstraZeneca and MSD have secured an expansion of the European Medical Agency’s (EMA) approval for their poly ADP-ribose polymerase (PARP) inhibitor Lynparza (olaparib) to be used for the treatment of a type of advanced breast cancer.

The expanded Lynparza EMA approval allows the PARP inhibitor to be used as a single drug treatment for adult patients having germline BRCA1/2-mutations (gBRCAm) and those with human epidermal growth factor receptor 2 (HER2)-negative locally-advanced or metastatic breast cancer.

According to this expanded EMA approval of Lynparza, the eligible patients for the drug should have been previously treated with an anthracycline and a taxane in the neoadjuvant or metastatic setting only if they could not be treated with the two chemotherapy drugs. 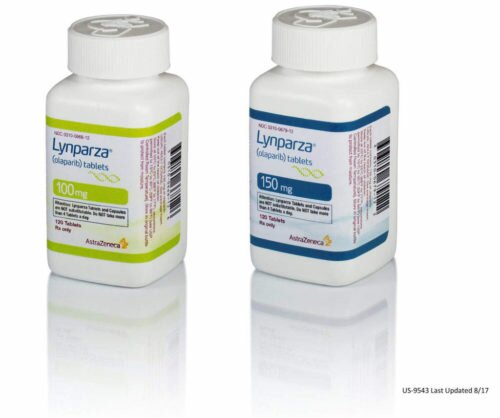 Lynparza is designed in such a way that it preferentially kills cancer cells by exploiting DNA damage response pathway deficiencies such as BRCA mutations.

Commenting on the expanded Lynparza EMA approval, Dave Fredrickson – Executive Vice President, AstraZeneca Oncology, said: “With this approval, Lynparza provides patients throughout the EU with a targeted and oral chemotherapy-free treatment option for a difficult-to-treat cancer. It also reinforces the importance of testing for biomarkers including BRCA, hormone receptor and HER2 expression, helping physicians to make the most informed treatment decisions for patients.”

The expanded Lynparza EMA approval was driven by the results of the OlympiAD study, a phase 3 clinical trial that assessed the breast cancer drug in comparison to physician’s choice of chemotherapy.

Compared to chemotherapy, Lynparza registered a statistically significant median progression-free survival improvement of 2.8 months more as per the OlympiAD trial. Patients dosed with the PARP inhibitor had seen an objective response rate of 52%, which is twice the ORR (23%) recorded in the chemotherapy arm.

Roy Baynes – Senior Vice President and Head of Global Clinical Development, Chief Medical Officer, MSD Research Laboratories, commenting on the expanded Lynparza EMA approval, said: “In the OlympiAD trial, which supported this approval, Lynparza demonstrated a meaningful improvement in progression-free survival compared to chemotherapy in patients with germline BRCA-mutated metastatic breast cancer. We look forward to making this new option available across the EU, where we hope it will improve outcomes for many patients.”

In May 2018, Lynparza was approved by the European Union for platinum-sensitive relapsed ovarian cancer. The drug’s first approval in Europe came towards the fag end of 2014 as maintenance treatment of adults having platinum-sensitive relapsed BRCA-mutated (germline and/or somatic) high grade serous epithelial ovarian, fallopian tube, or primary peritoneal cancer who show a complete response or partial response to platinum-based chemotherapy.

FDA refuses to approve AstraZeneca’s sBLA for Fasenra in CRSwNP

AstraZeneca gets UK MHRA approval for Evusheld for Covid-19 prevention