The FDA approval of Lorbrena is for the ALK-positive NSCLC patient population whose condition has progressed on treatment with alectinib or ceritinib as the first ALK inhibitor therapy for metastatic disease.

The Pfizer lung cancer drug has been approved for the indication under accelerated approval driven on tumor response rate and duration of response. According to the US pharma giant, continued approval of Lorbrena for the ALK-positive NSCLC indication may be contingent based on verification and description of clinical benefit in a confirmatory trial.

“Over the years, Pfizer has transformed research, management and treatment for patients with ALK-positive non-small cell lung cancer. Building upon our extensive understanding of tumor complexity and treatment resistance, Lorbrena was discovered by Pfizer scientists and developed specifically to inhibit tumor mutations that may drive resistance to other ALK tyrosine kinase inhibitors.

“We believe that Lorbrena will benefit patients with ALK-positive metastatic non-small cell lung cancer that have progressed on prior therapy and continue to deliver on our commitment to addressing unmet needs of cancer patients.”

Pfizer claims that the Lorbrena FDA approval gives a new option for patients who have progressed on a second-generation ALK TKI, while offering an opportunity to continue on oral therapy. 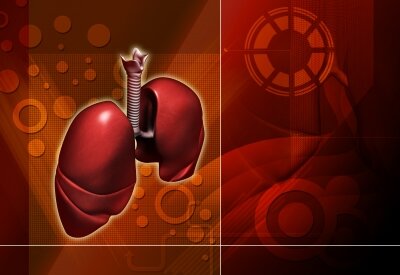 “The last decade has witnessed dramatic improvements in the treatment of metastatic ALK-positive non-small cell lung cancer due to earlier generation ALK biomarker-driven therapies. Yet almost all patients still relapse due to drug resistance, with a large proportion of patients developing new or worsening brain metastases.

“In a clinical study which included patients with or without brain metastases, Lorbrena demonstrated clinical activity in patients with metastatic ALK-positive non-small cell lung cancer who had failed other ALK biomarker-driven therapies.”

Lorbrena FDA approval was driven by the results of a phase 1/2 clinical trial called B7461001, which assessed the Pfizer lung cancer drug on 215 ALK-positive metastatic NSCLC patients who had prior treatment with one or more ALK TKIs.

The non-randomized, dose-ranging and activity-estimating, multi-cohort, multicenter clinical trial demonstrated an overall response rate (ORR) of 48%, and 57% in patients who had prior treatment with more than one ALK TKI.

In the lung cancer trial, 69% of patients had a history of brain metastases and intracranial response rate was 60%.

GSK to acquire US biopharma company Sierra Oncology for $1.9bn

Adagene, Sanofi signs collaboration and license deal worth up to $2.5bn

Adagene, a US-based biopharma company, has signed a collaboration and license deal worth up to $2.5 billion plus royalties with Sanofi to produce masked monoclonal ... Read More

Labcorp to acquire Personal Genome Diagnostics in $575m worth deal