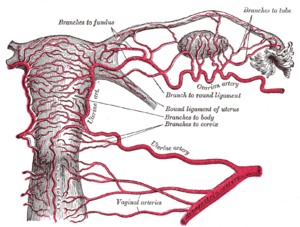 ‘Assisted Hatching’ is highly scientific and delicate technique done on the embryo to enhance the implantation rate and thereby the success rate of IVF or ICSI cycles. Soon after the release of the oocyte the infundibulum or the fimbriated part of the fallopian tube catches the egg and transport it further by the cilia and the muscular action of the walls of the fallopian tube. The oocyte is fertilized when it is in the fallopian tube.

The fertilized oocyte divides by mitosis into a number of cells called blastomeres and finally develops into blastocyst. Till this stage the fertilized oocyte remains in the fallopian tube. By about 3rd day it rolls down into the uterus to get implanted to the endometrial wall. Throughout this division the embryo is enclosed in a layer of glycol protein cells called ‘Zona pellucida’. This layer protects the early embryo till it gets implanted. In the uterus the blastocyst should hatch out to get implanted to the endometrium of the uterus. At the site of implantation the zona gets digested and a hole or passage forms and the blastocyst comes out and gets implanted to the wall of the uterus. Some times the blastocyst cannot hatch due to increased thickness of the zona. In older women of more than 30 years the zona will be thick and the embryo cannot easily hatch and thereby the pregnancy rate is poor. To enhance the implantation, assisted hatching is necessary. It is also done when there are repeated failures of IVF or ICSI cycles.

How Assisted Hatching Procedure in IVF is done?

Assisted hatching is generally done by means of chemicals, mechanically or using laser beams. A small hole is made in the zona using a micromanipulator. The procedure is repeated for all the embryos to be transferred. After doing assisted hatching the embryos are transferred into the uterus. Laser beam technology is becoming popular as it is more easy to use and with less damage to the embryo provided done carefully. In spite of the care it is reported that about 1-2% of the embryos get damaged during the process. It is not done when there is a single embryo to transfer.

The success rate after assisted hatching is rather controversial. It varies from clinic to clinic due to varied selection of the patients and the methods adopted. However there is advantage in aged women or in women having highly thick zona for their embryos.

Human Body Our Human Body represents the entire structure of the human organism. It consists of trillions of cells that are organised biologically to form ... Read More

Types of Muscles of the Muscular System and Vocabulary

There are three types of the muscles in the body. They are Types of muscle (shown at different magnifications) (Photo credit: Wikipedia) Straighted Muscles Smooth ... Read More

This article has been moved. To read the post on Skeletal System Function, please follow the link. Read More

Ears are one of the five sense organs. Ears are helpful for listening. Transmission of Sound Waves: Sound waves are received by the outer ear ... Read More

Functions of Urinary System and Role of Kidneys

CATEGORIES Healthcare Industry News
TAGS organ systemsReproductive System
Share This
NEWER POSTTesticular Biopsy – Indications, How is it Done? Results
OLDER POSTIntra Uterine Insemination (IUI) – What is it? To whom it is done?