Gilenya EC approval : The European Commission (EC) has expanded the approval of Novartis multiple sclerosis drug Gilenya (fingolimod) to include the treatment of both children and adolescents, in the age group 10-17 years.

The expanded Gilenya EC approval is for the treatment of relapsing-remitting forms of multiple sclerosis (RRMS).

Novartis already has the European approval for Gilenya for relapsing-remitting forms of multiple sclerosis in patients, aged 18 years or more. In the US, where it has approval for the same indication, was approved in May 2018 for the treatment of patients in the 10-17 years age group as well.

According to Novartis, Gilenya is the first ever oral disease-modifying treatment to be indicated for children and adolescents in Europe.

The expanded Gilenya EC approval is applicable to all the 28 European Union member states and also Norway, Iceland and Liechtenstein.

Commenting on expanded Gilenya EC approval in Europe, Paul Hudson – CEO of Novartis Pharmaceuticals, said: “Early onset MS can have a devastating impact on children and adolescents’ daily life, such as going to school and spending time with friends and family.

“Our mission is to change the course of MS as we’ve been doing since the treatment’s initial approval in 2011, and we won’t stop until we stop MS. We are delighted that today’s decision has brought us one step closer to reimagining the treatment of MS, across all ages.” 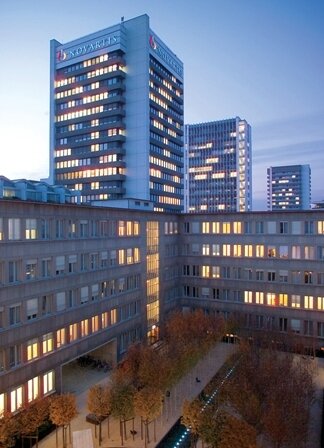 The late-stage trial, which evaluated Gilenya in comparison to interferon beta-1a, demonstrated the Novartis MS drug to have reduced the annualized relapse rates to a significant extent by 82%.

The Paradigms trial also proved that nearly 85.7% of patients subjected to Gilenya had been relapse-free at up to 24 months compared to 38.8% of patients on treatment with interferon beta-1a.

Apart from that, the patients treated with the Novartis MS drug showed a 77% risk reduction of disability progression in comparison to the interferon beta-1a patient arm.

Pedro Carrascal – President, European Multiple Sclerosis Platform, commenting on expanded Gilenya EC approval in Europe, said: “We are excited by the news that there is now a new approved treatment indicated for young people with RRMS in Europe – hopefully this will be the first step to having more therapy options for children and adolescents with MS.

“Young patients affected by MS often experience a more severe impact during their overall lifetime. Today’s approval provides an opportunity for a brighter future for them and their families.”

Last month, Novartis announced a label expansion for Promacta (eltrombopag) in the US to cover the treatment of severe aplastic anemia (SAA) in the first-line setting in combination with standard immunosuppressive therapy (IST). The story on the new Promacta FDA approval can be read here.

Cara Therapeutics, VFMCRP get EC approval for Kapruvia for pruritus

Aon and Willis Towers Watson said that the European Commission (EC) has given conditional approval for their proposed $30 billion merger deal. The all-stock deal ... Read More

BMS gets Opdivo EC approval for second-line treatment of ESCC