Amgen’s Nplate (romiplostim) has been approved by the US Food and Drug Administration (FDA) for the treatment of pediatric patients with immune thrombocytopenia (ITP).

The latest Nplate FDA approval is for patients of one year of age and older who have ITP for at least six months and who showed insufficient response to corticosteroids, immunoglobulins or splenectomy.

A rare, serious autoimmune disease, ITP is distinguished by low platelet counts in the blood and impaired platelet production, according to the National Organization for Rare Disorders.

The pediatric FDA approval for Nplate was driven by data from two placebo-controlled studies, a Phase 3 and Phase 1/2 trials which assessed the safety and efficacy of the Amgen drug in pediatric patients. 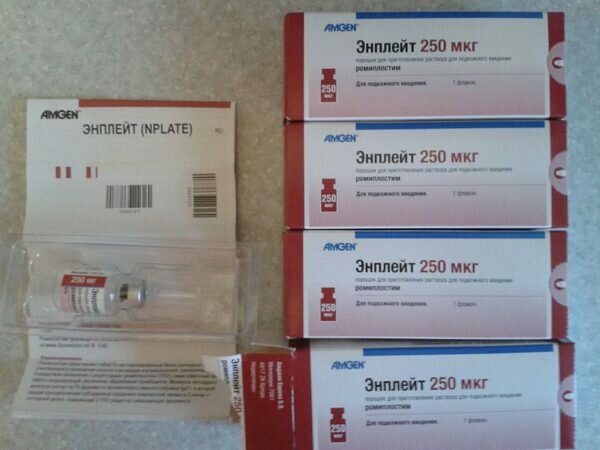 In the Phase 3 clinical trial, rates of overall platelet response were shown to be increased with the 71% of the patients in the Nplate patient arm, in comparison to 20% in the placebo arm.

In addition to that, 52% of patients in the Nplate group showed durable platelet response compared to 10% for the same in the placebo arm.

Adverse reactions in the two placebo-controlled trials with an incidence of more than 25% in the Nplate patient group were contusion, upper respiratory tract infection and oropharyngeal pain.

Commenting on pediatric FDA approval for Nplate, Michael D. Tarantino, president of the Bleeding and Clotting Disorders Institute and professor of Pediatrics and Medicine, University of Illinois College of Medicine-Peoria, Peoria, Ill, said: “Children with ITP are at risk for serious bleeding events and spontaneous bruising due to low platelet counts, which can be worrying for these young patients and their parents. Currently, these patients have a limited number of treatment options, especially for those with refractory disease.

“Today’s approval of Nplate offers new hope to the pediatric ITP community as it provides children with a new treatment option that may help to maintain safe platelet counts.”

A thrombopoietin (TPO) receptor agonist, Nplate has been developed to mimic the natural TPO of the body. It has been designed to boost platelet counts in ITP patients. In addition to the US, Nplate has approval across 67 countries, including Australia, Canada and Japan.

LUMAKRAS FDA approval : Amgen has bagged accelerated approval from the US Food and Drug Administration (FDA) for LUMAKRAS (sotorasib) for the treatment of a ... Read More

Amgen to acquire Rodeo Therapeutics in $721m worth deal

Amgen gets breakthrough therapy status for sotorasib in China

Amgen said that sotorasib, an investigational KRASG12C inhibitor, has been given breakthrough therapy designation (BTD) from the Center for Drug Evaluation (CDE) of the National ... Read More

US biopharma company Amgen has signed an all-cash deal to acquire a 20.5% stake in Chinese biotech company BeiGene for about $2.7 billion, as per ... Read More